The human impact on natural systems is increasingly of interest to society, science and politics, not least as a result of the current discussion on climate change. For many centuries, humans have shaped their environment, so there is virtually no original landscape type still in existence on our latitudes. Agriculture, (sub)urbanisation and traffic growth are just a few of the relevant factors due to which nature is constantly changing and moving away from its original condition.

Very few people are aware that our rivers in particular have been subject to great changes over many decades. As trading arteries, transport routes and cultural objects, they have always formed a fundamental component of economy and society. The years of growing usage demands have resulted in extensive interference in the natural course of rivers. Straightening, dyking, bank reinforcement and sealing of floodplains undermine the natural freedom of movement of a river, opening up greater economic opportunities for humans on the one hand but, at the same time, creating a changed environmental system with completely new characteristics. Transverse structures such as sluices and dams represent further anthropogenic elements, which impede the original flow dynamics and exert a massive effect on connected ecosystems.

The river system has to respond to the new framework conditions and does so in a way that can inflict exceptional damage on humans. Natural hazards include flooding events specifically because of the human influence and they can occur within a few minutes, hours or days depending on the river and on the size of the catchment area. Humans deliberately/unwittingly encroach on the natural action space of a body of water, change the system and are sometimes severely afflicted by the consequences.

Flooding events are therefore not unilaterally based on natural factors such as rainfall, snowmelt and other physical elements but rather largely on the behaviour of humans/society. 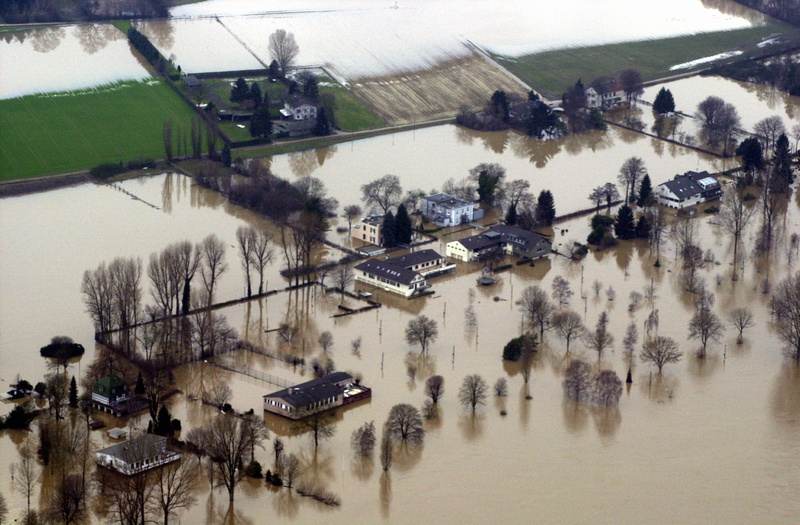 Flooding - natural feature of a river 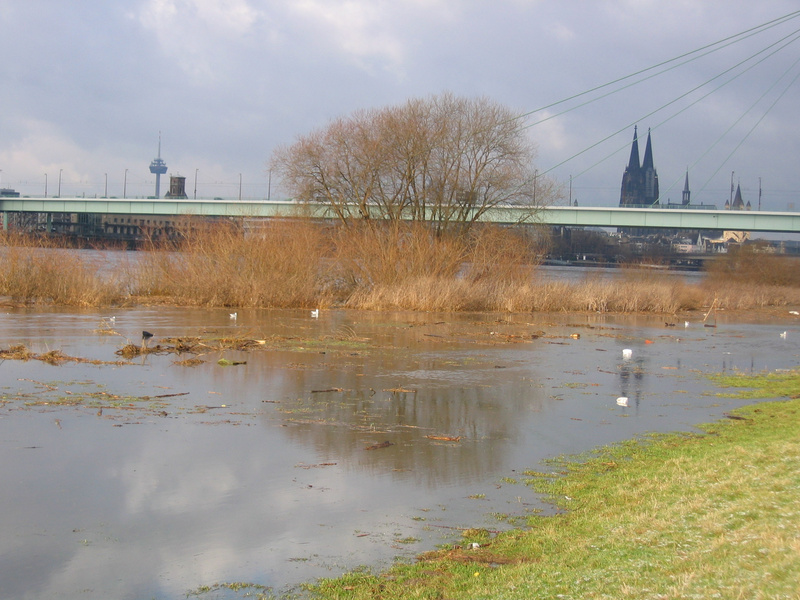 Inundation of Westhoven polder in 2005, Cologne

In the hydrological water cycle, rivers form the connecting link between the rain falling on the land and the source/drain of all water – the oceans. As well as their significance as a transport medium in the global water carousel, they are also lifelines to large parts of the world. Biodiversity, fertile soils and human civilisation are concentrated along rivers in large areas of the world, especially in arid regions. However, this fundamental role of rivers has developed through the course of history only as a result of their special characteristics. Periodic floods are as much a part of the nature of a flowing body of water as the likewise periodic low water phases or wild river courses. These properties are significant and important for the functionality of an ecosystem. However, in only a few decades, they have been vastly impaired by humans and their economic/social ambitions.

Flooding events are natural and based on a variable input water quantity. This variability can be due to more intense, less intense or lacking precipitation, to melting of winter snow cover or a combination of both. Depending on the region of the earth, these factors are pronounced with differing severity and therefore equally a formative element of any natural environment. On the central European latitudes, snowmelt in the spring combined with frozen ground has a considerable impact on the water quantities carried along. These increased flow quantities can also be fed by rainfall events and take on proportions that pose a threat to humans. For nature itself, however, such relationships are normal – some plant species, for example such as the alder, actually need accordingly wet environmental conditions to survive. With their fertile, washed up sediments, floodplain landscapes are among the hotspots for biodiversity.

Flooding events are therefore part of the natural dynamic of a river and harm humans only because they encroach on its action space, change it and can cope with the consequences only with difficulty.

Climate change has always existed on Earth. It is undisputed today that we are in a phase of climatic changes and that humans are exerting an influence over this. However, at present, it is not possible to determine with absolute certainty how great this influence is.

If the atmosphere of the Earth warms by an average of a few degrees in the coming decades then this will have various effects around the world. Areas might become drier and hotter, as is expected in large parts of Africa, or they might become significantly wetter, as is forecast for Scandinavia. It is probable that the greater temperatures globally will on the one hand cause an increase in the temperature of the oceans and on the other hand make it possible for significantly more water to be taken up in the atmosphere. In the long term, this will result in an increase in extreme weather events – droughts, storms, heavy rainfall etc. For Central Europe, these developments mean an increase in intense rainfall events, which can release tremendous quantities of water locally within the shortest time. The hydrological system can accommodate such a large input only with difficulty, ultimately resulting in flash floods or flood waves. At the same time, the summer heat could result in intensification of low water levels and thus water shortages, which will present great challenges especially for southern European countries.

It is hard to predict how climate change will affect the problem of flooding. Many indications point to an increasing risk from extreme rainfall events and resulting flood waves. However, the magnitude of these phenomena remains to be seen. 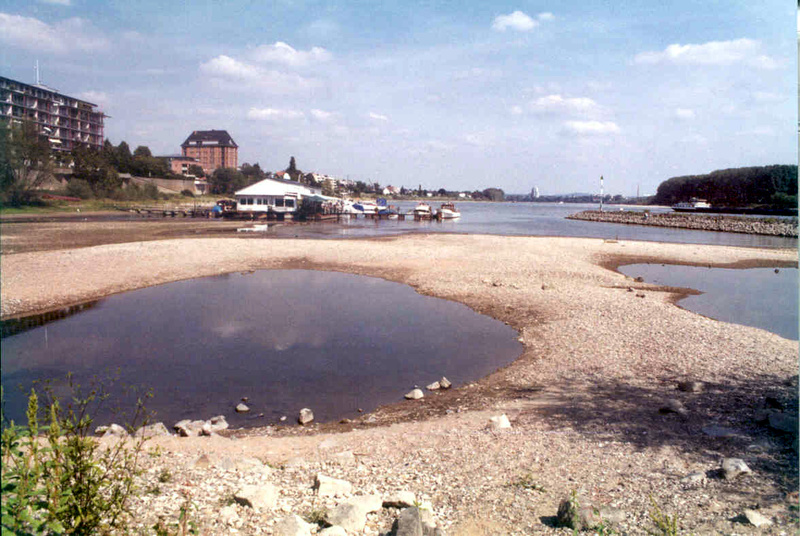 In 2013, the south and east of Germany have been affected by another major flood event. The German Committee for Disaster Reduction (DKKV) interprets this as a “test for the flood risk management in Germany” and gives a good overview by its report. The report is not available in English, yet.